An interesting trend is to use the rotation of kitchen chefs to attract customers. This is a strategy designed to arouse customers’ curiosity and enhance the establishment’s gastronomic offer.

Of course, every restaurant has its own formula for success and its own style, but there is no denying that customer needs are changing. If it wants to sell out, a restaurant must therefore take these trends into account .

Regardless of the type of your establishment, it can be a great idea to try out chef rotation, advertise to them, and see if it helps you attract customers. 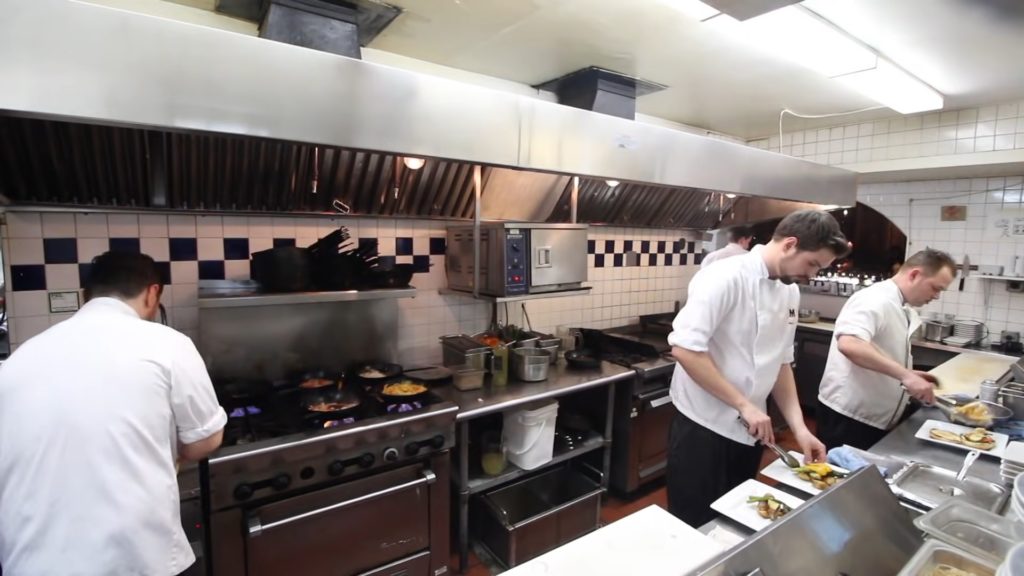 The objective is a mutually beneficial and continuous collaboration between the restaurant and the chefs. It is a win-win solution that finds a very positive echo with customers.

Where did the idea come from?

It was born with the bistronomic trend , which appeared in France at the end of the 1990s, after an economic crisis which had hit the great cuisine. It is defined as the democratization of haute cuisine, because it has led talented chefs to come and work in more modest, bistro-style establishments at a lower price.

With this trend, the chef is no longer attached to a single establishment, as tradition dictated, but instead comes to spread and share his passion in different places. The restaurants, for their part, noting the growing enthusiasm of customers for novelty, freshness and difference, have opened their kitchens to different chefs in order to offer as wide a culinary offer as possible.

Some Ideas For Attracting Celiac Customers To Your Restaurant

Which strategy to choose?

The restaurant has a fixed kitchen team, but constantly changes its chef, whom he hires on a temporary basis, to renew its offer, offer variety and attract new customers. As for the chef, this experience allows him to progress professionally.

Here is an establishment that has chosen this formula:

The coworking space The Agora Collective in Berlin has a cafeteria whose stoves are handed over to a new cook every three months. The result: a menu that changes regularly, and a solution very popular with professionals attending the establishment, which is always full .

The rotation has allowed the arrival of new projects in this space, as the chefs offer workshops on healthy cooking , food recycling and sustainable cultivation for the community. More than a restaurant, the place has become a laboratory where cooks experiment freely, with a gradual increase in turnover as a result.

The restaurant has its fixed kitchen team and regularly invites nomadic chefs to give a different touch to the menu and attract more customers.

Ikarius is a restaurant located in Salzburg Airport in Austria. Each month, the menu is designed by a different internationally renowned chef . Whatever their country of origin and their culinary style, it is possible to taste in this restaurant the specialties of chefs as prestigious as the Belgian Kobe Desramaults , the British Ben Greeno or the Norwegian Esben Holmboe Bang .

It is a challenge for the restaurant which must adapt each month to a new chef, a new menu and a new working method, but the effort is worth it given the success it has met since 2003. , when very few would have bet on his project.

The restaurant completely changes its kitchen team at regular intervals. It is content to be a place of welcome allowing novice chefs to launch their careers and dedicated chefs to offer their dishes to different clienteles .

Here is an example of application of this formula:

From October 2014 to June 2016, the restaurant at Urso Hotel & Spa in Madrid, Spain, became The Table by, a project that consisted of displaying 6 different culinary proposals , concocted by 6 talented chefs.

During this period, the restaurant changed its menu, its team and its decoration to transform itself and attract customers. This professional concept has established its reputation and has had repercussions throughout the neighborhood.

Patricia Fernández, manager of Urso, explained to the New York Times  : “We didn’t want to offer a traditional hotel restaurant. We wanted it to be a place that locals want to come often, and we wanted to create a more lively and interesting atmosphere in our neighborhood. “

If you decide to attract clients with this marketing strategy , don’t forget to promote your seasonal chef in your TheFork profile , and thereby add value to the competition.

You can also publicize these events in your e-mail campaigns distributed with TheFork Manager .

The important thing is that your establishment can take advantage of these trends and continuously improve, in addition to always being full.

So, working with various heads you seem a good idea?

We use cookies on our website to give you the most relevant experience by remembering your preferences and repeat visits. By clicking “Accept All”, you consent to the use of ALL the cookies. However, you may visit "Cookie Settings" to provide a controlled consent. Read More
Cookie SettingsAccept All
Manage consent

This website uses cookies to improve your experience while you navigate through the website. Out of these, the cookies that are categorized as necessary are stored on your browser as they are essential for the working of basic functionalities of the website. We also use third-party cookies that help us analyze and understand how you use this website. These cookies will be stored in your browser only with your consent. You also have the option to opt-out of these cookies. But opting out of some of these cookies may affect your browsing experience.
Necessary Always Enabled
Necessary cookies are absolutely essential for the website to function properly. These cookies ensure basic functionalities and security features of the website, anonymously.
Functional
Functional cookies help to perform certain functionalities like sharing the content of the website on social media platforms, collect feedbacks, and other third-party features.
Performance
Performance cookies are used to understand and analyze the key performance indexes of the website which helps in delivering a better user experience for the visitors.
Analytics
Analytical cookies are used to understand how visitors interact with the website. These cookies help provide information on metrics the number of visitors, bounce rate, traffic source, etc.
Advertisement
Advertisement cookies are used to provide visitors with relevant ads and marketing campaigns. These cookies track visitors across websites and collect information to provide customized ads.
Others
Other uncategorized cookies are those that are being analyzed and have not been classified into a category as yet.
SAVE & ACCEPT